The nurse quickly put a cannula in his vein. Someone tore apart his vomit soaked clothes with a hope of preventing further absorption of poison from the skin. While he was paralysed by the insecticide and was choking on his own secretions, I quickly put a tube in his windpipe and connected him to the ventilator. Another tube was passed through his food pipe, into the stomach, to remove the poison. Someone took blood samples for investigation. The resuscitation scene looked chaotic as usual. The peculiar odour of organophosphate compounds spread through the room. I was quite sure about my clinical diagnosis. It took nearly six hours to stabilize him. Rahul was a young married man with a job and was not suffering from any medical conditions. There were no clues in his medical history to indicate a cause for his attempted suicide. Once Rahul’s medical condition had stabilized I could speak to the family. They were shocked with the incident as it was totally unexpected . I started digging into Rahul’s story.

Since past few months, he had lost his sleep. He was not eating properly and looked worried. Rahul was really good at playing guitar but had stopped playing it for sometime now. He hadn’t met his friends in last two months. He was also unhappy about his job but refused to discuss it further with his wife. He clearly showed these symptoms of depression but his family was unaware about the seriousness of the condition. The day before he tried to kill himself, Rahul had visited his brother. Rahul told his brother that he felt very depressed , empty and had thoughts of killing himself. The brother, unaware of the situation, assumed that Rahul was just upset due to job troubles and would not harm himself. He tried to cheer Rahul up. He told Rahul not to be a coward and face life with enthusiasm! Unfortunately the brother failed to understand that Rahul would really try to kill himself. Before landing up on ventilator, Rahul had given us a chance to save him. We missed it. He is one amongst many who are neglected by family and friends due to ignorance and sometimes due to apathy.

Depression kills. According to one report, depression shares around 4.4 percent of total disease burden. Around 5 to 13 percent of outpatient visitors have depression, which is very high. The risk of death from suicide and other medical conditions like heart disease , stroke etc is higher in depressed patients. Though a humongous problem in itself, what concerns me more is our apathy towards the condition. Stupid memes and derogatory remarks on social media is just the tip of iceberg. As doctors, we can clearly see the scornful attitude of people around the patients of depression.

Depression is not mood. Rather, it is a mood disorder. Depression as a medical condition, is usually seen with either major depressive illness or bipolar mood disorder. In contrast to depressed mood, depression is sustained for a longer time. It affects the person’s physical and social health along with mental health. Unlike blue mood, it is difficult to simply cheer up a person out of depression. It needs medication and expert help.

Many factors are thought to be responsible for this condition. For example, emotional triggers (like loss of dear ones) or underlying medical conditions (like cancer ) can cause depression. Conversely, as seen in many, there may not be any trigger. Various factors, including hormonal and chemical imbalances in the brain , genetic factors and environmental factors are thought to be associated with depression. However many of us ignore this and tend to believe that the depression is due to lack of mental strength. Patients are accused of being weak or coward and incapable of facing life. (Especially if there isn’t any obvious stressor). We need to understand that they are not cowards but they are sad because of a medical condition. Some people around the patients are unaware of depression as an entity. They go about their personal triumphs and expect patients to follow their example and ‘be tough’ which obviously doesn’t work. Patients instead need expert consultation, risk assessment and medical treatment. This has been proven to be a life saver.

Listening compassionately helps a lot. Patients often feel lonely. It becomes harder especially if treatments take longer than usual or if they get recurrent episodes. Support from family and friends is always helpful. Showing interest and empathy makes them comfortable in talking to you. The patients, who would otherwise have retracted into a shell , often share their sorrows with a sympathetic friend, sometimes even a cry for help.

The stigma around mental health issues leads to apathy. Ignorance towards depression and mental health worsens the situation. We need to know about depression and empathize with these patients. A literary example would help you to picturize this. JK Rowling has described depression in her famous books in the form of fictional creatures , dementors.

“Dementors are among the foulest creatures that walk this earth. They infest the darkest, filthiest places, they glory in decay and despair, they drain peace, hope, and happiness out of the air around them… Get too near a Dementor and every good feeling, every happy memory will be sucked out of you. If it can, the Dementor will feed on you long enough to reduce you to something like itself… soulless and evil. You will be left with nothing but the worst experiences of your life.“

Anyone who has seen a depressed person or has suffered depression can relate to this. Depression is as horrible as dementors but there is a hope. One can fight dementors. There is a charm called Patronus which works wonderfully against dementors. Our compassion and knowledge can guide us to produce a patronus. Let’s fight depression, together! Expecto patronum!! 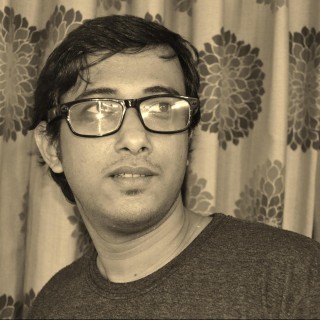